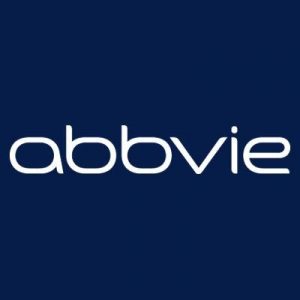 AbbVie and Neurocrine Biosciences announced that the second positive phase III trial was successful for their uterine fibroids drug elagolix, enabling another regulatory filing for the drug.

Both companies are currently waiting for an FDA verdict in the US in the coming weeks on elagolix as a treatment for endometriosis-related pain, although uterine fibroids are another big market opportunity that could help fulfil AbbVie’s blockbuster expectations for the orally-active gonadotropin-releasing hormone (GnRH) receptor antagonist.

Uterine fibroids are non-cancerous tumours that form in the muscle walls of the uterus and can affect approximately 20% to 80% of women before they reach the age of 50. In most cases they experience no symptoms caused by the fibroids, but around a quarter of women experience pain, abnormal bleeding and other symptoms, and some will find difficulty in getting pregnant. It has also been noted that African American women are more likely to experience fibroids and tend to develop them at a younger age.

The results of the EULARIS UF-II trial mirror data from the ELARIS UF-I study reported last month and showed that treatment with elagolix when combined with low-dose hormonal therapy reduced heavy menstrual bleeding in 76% of women, compared to just 10% of the comparative placebo arm. A response was defined as menstrual blood loss volume of less than 80ml during the sixth month and a 50% or greater reduction from baseline to month six.

“Millions of women currently diagnosed with uterine fibroids are faced with limited non-surgical options,” commented Dawn Carlson, AbbVie’s vice president of general medicine development. “The results from this study demonstrate elagolix has the potential to be an important oral treatment option for women suffering from uterine fibroids.”

Analysts at Piper Jaffray said after the first trial was announced that the efficacy data looks good and that 12-month data from both trials should be ready later this year or in early 2019, setting up a possible launch in uterine fibroids in 2020. Meanwhile, multiple analysts previously predicted $1bn-plus in sales for elagolix in endometriosis alone, with uterine fibroids giving additional upside potential. AbbVie in-licensed the drug from Neurocrine in 2010 for $575 million.

Elagolix isn’t the only drug that aims to provide an oral therapy for uterine fibroids. Last year, Takeda and Myovant reported positive mid-stage results with their relugolix candidate in this indication as well as endometriosis-related pain and prostate cancer.