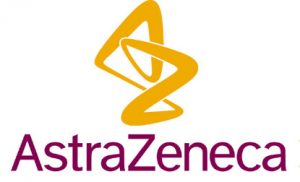 A highly anticipated COVID-19 vaccine which is being jointly developed by AstraZeneca and Oxford University has produced encouraging results in a phase 1/2 trial.

The phase 1/2 results, published in The Lancet demonstrated that the vaccine, AZD1222, produced a robust immune response against the SARS-CoV-2 virus in all participants in the study. The vaccine also proved safe to use, although side effects were common among participants, including mild-to-moderate headache and fever. However, there were no serious adverse events reported with AZD1222, and the reactions were easily managed with paracetamol.

The immune response produced by AZD1222 included a four-fold increase in antibodies against the novel coronavirus spike protein in 95% of subjects, one month after injection. A T-cell response was also induced in all participants, which was maintained for two months after the injection.

Although an increase in neutralising antibodies does not guarantee rigorous protection against a disease, it is an important early indicator in vaccine research and a promising milestone.

“The interim phase 1/2 data for our coronavirus vaccine shows that the vaccine did not lead to any unexpected reactions and had a similar safety profile to previous vaccines of this type,” said Andrew Pollard, chief investigator of the Oxford Vaccine Trial at Oxford University and co-author of the trial.

“The immune responses observed following vaccination are in line with what we expect will be associated with protection against the SARS-CoV-2 virus, although we must continue with our rigorous clinical trial programme to confirm this. We saw the strongest immune response in participants who received two doses of the vaccine, indicating that this might be a good strategy for vaccination,” he added.

The UK government has also already signed a deal with AZ for early access to the vaccine, if it should prove effective in large-scale trials, and has secured a supply of 100 million doses.

The promising results from AZ/Oxford University are the latest in the race to find an effective vaccine for SARS-CoV-2. Last week, Moderna said that its mRNA-based vaccine produced antibodies against the virus in all participants in its phase 1 study.

At the beginning of July, Pfizer and development partner BioNTech also revealed early positive data from their COVID-19 vaccine programme, with one of its candidates, BNT162b1, generating dose-dependent immunogenicity in 45 healthy adults between the ages of 18 and 55.