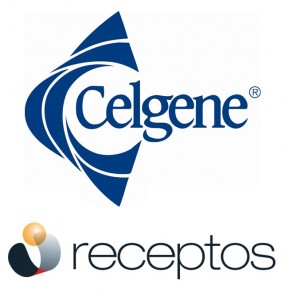 It has been announced that Celgene, a biotechnology company, has signed an agreement to buy Receptos for $7.2 billion. This will result in a boost for its inflammation and immunology portfolio.

Under the agreed terms, Celgene will purchase all outstanding shares in Receptos for $232 per share in cash. The transaction has been approved by boards of both drug makers, which is expected to close by the end of the year. According to the company, the agreement should “further [diversify] its revenue beginning in 2019 and beyond.” Celgene CEO Bob Hugin said the acquisition “allows us to leverage the investments made in our global organisation to accelerate our growth in the medium- and long-term.”

Celgene also recently reached a 10-year agreement to co-develop treatments for cancer and autoimmune diseases with Juno Therapeutics. Under the deal, Celgene will hold an option to acquire up to a 30-percent stake in the biotechnology firm.

As part of the most recent deal, Celgene will obtain Receptos’ compound ozanimod, an oral selective sphingosine 1-phosphate 1 and 5 receptor modulator. Celgene noted that in clinical testing, the compound exhibited “potential advantage over existing oral therapies” for ulcerative colitis and relapsing multiple sclerosis. Analysts at Wedbush Securities estimated that ozanimod could amass more than $1.2 billion in revenue by 2020. Shares in Receptos surged as much as 11 percent on news of the acquisition, while those in Celgene rose by as much as 5.8 percent.