Experimental gene therapy enables child to regrow 80% of their skin 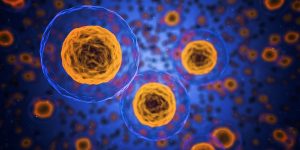 A child with fatal skin damage has made significant improvement after an experimental combination of stem cell and gene therapy procedure manages to repair his badly damaged skin.

The 7 year old boy arrived at the German hospital after losing 60% of skin due to junctional epidermolysis, his condition began to deteriorate leading to 80% loss of skin, making options for treatment difficult to source.

Doctors began to consider palliative steps, as the condition left his skin so fragile that it had left his body covered with blisters and wounds. The condition means that his epidermis was unable to attach properly to the dermis, the next layer beneath.

The doctors had tried other options, such as a transplant of his father’s, but with all options failing, doctors approach Professor Michele De Luca, of the University of Modena. De Luca had conducted small, experimental replacement of skin in isolated areas – but never in cases where so much skin needed to be replaced.

The procedure involves taking a sample of healthy skin from the individual and then using a virus to remove the relevant gene defect, in this case, known as LAMB3. Once this is achieved, growing larger stretches of the skin and then applying them to the skin through surgery is the next step.

In such an experimental procedure, it was unknown whether this would work successfully but only a month after the operation the boy was able to stand. From there, the boy went from strength to strength and is now living a healthy life, able to play sports and experience mild damage to the skin, such as cuts or bruises, without any lasting damage.

The primary concern for this type of treatment is the potential for cancer-causing defects to have been introduced into the genetic information of the skin; however, in subsequent tests during follow-up by De Luca, most of the skin introduced during the transplant had been renewed by the body – leaving little trace of the work performed by surgeons; though De Luca had mentioned that he would keep an eye on the boy’s condition as he continued through life.

The next stage for such treatment would be to enter clinical trials to determine whether the same procedure could be used to help patients with similar skin conditions. The long-term health outcomes would need to be measured but, if the young boy’s example holds true, it looks like the treatment could hold life-long benefit.