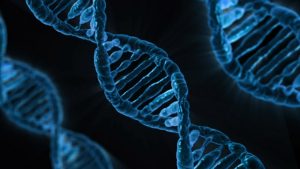 China has used Crispr/Cas9 gene-editing technology to edit the DNA of a human subject that was suffering from metastatic lung cancer. The method used, will enable scientists to cut out a piece of DNA from living cell for modification and subsequently boost the immune system by injecting modified cells back into the body.

The study conducted by a team of scientist at West Hospital in Chendu, allowed for the cells of a patient suffering from metastatic non-small-cell lung cancer to be edited and then cultured to produce more cells before being injected back into the body. The cells that were Crispr-modified were white blood cells that had the potential to boost the immune system’s defences for fighting cancer.

The patient will receive a second injection of modified cells in the future whilst the study will examine the impact upon the patient. If the treatment is deemed a success, another potential nine patients could receive two to four treatments.

As the world’s first gene editing study within humans, scientists around the world will be keen to study potential side-effects of the treatment in addition to monitoring the ability to cure the patient’s cancer.

With China being the first to test the potentially innovative biotechnological treatment for cancer, it is believed that this could fuel competition between the US and China to further develop the technology. The first human use of Crispr was assumed to be a trial planned for next year, at the University of Pennsylvania. Although China has become known for moving quickly through the regulatory process, raising concerns that if the US were to try keep pace, the regulatory bodies of the US would have to relax their own methods.

Unsurprisingly the method of treatment is quickly becoming known as the new ‘space race’, with both countries contesting to develop this new treatment as quickly as possible. Naturally, there are huge ethical issues surrounding the area, especially as the editing of embryos has begun. This could slow down the process for the US, as regulatory controls are likely to remain relatively strict with a Republican-dominated Senate and House.