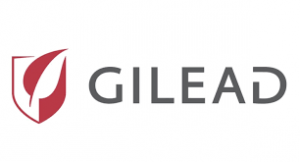 Now officially classified as a global health threat by the WHO, the Coronavirus epidemic is showing no signs of slowing down.

Over 28,000 cases have been confirmed around the world to date, with more than 20 nations reporting cases, some of which also include locals who had not even traveled to China.

As a result, the pharma industry has been rallying together in a joint effort to develop a vaccine for the virus.

Gilead is the latest industry giant to help, providing doses of remdesivir (GS-5734) – initially developed to fight the Ebola crisis – to doctors for the emergency treatment of “a small number of patients” who have contracted the potentially deadly disease.

The company is also working with health authorities in China to establish a randomised Phase III trial to determine if the drug can fight the new strain. A publication in the New England Journal of Medicine (NEJM) revealed that the antiviral drug showed encouraging results when administered to the first US patient infected with the virus.

The experimental drug is not yet approved anywhere globally, as it has not been demonstrated to be safe or effective for any use. Despite this, the company says that it has provided the drug to coronavirus patients as an “emergency treatment” in the absence of any “approved treatment options”.

In a statement, Gilead said: “While there are no antiviral data for remdesivir that show activity against 2019-nCoV at this time, available data in other coronaviruses give us hope. Remdesivir has demonstrated in vitro and in vivo activity in animal models against the viral pathogens MERS and SARS, which are coronaviruses that are structurally similar to 2019-nCoV. There are also limited clinical data available from the emergency use of remdesivir in the treatment of patients with Ebola virus infection.”

In recent weeks J&J also announced a “multi-pronged” response, which included efforts to broadly collaborate with others in order to screen a library of antiviral therapies, hoping to identify compounds with antiviral activity against the virus.

Using its AdVac and PER.C6 technologies – the same technologies that were used in the development and manufacturing of Janssen’s investigational Ebola vaccine – J&J revealed plans to also try and rapidly upscale production of the optimal vaccine candidate.

GSK is also lending a hand, making its established pandemic vaccine adjuvant platform technology available to enhance the development of a much-needed vaccine.