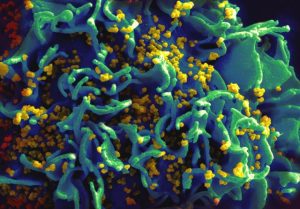 The latest early trial data suggests that current daily HIV pill regimens could potentially be replaced with injections that slowly release medication for the virus over time. This new method has proven to be as successful as current treatment plans and could provide the same benefits in just six injections annually.

Antiretroviral treatment suppresses the HIV virus, preventing it from developing into AIDS and has been pivotal in the recent decrease in AIDS-related deaths, with the number of fatalities decreasing by 50% since 2005, to approximately one million per year. Although current pill-based regimens are effective at tackling the disease, the treatment is a considerable inconvenience, as patients are required to take up to tens of thousands of pills in their lifetime, and failure to do so can result in the virus resurfacing.

The new treatment combines existing HIV treatments cabotegravir and rilpivirine to be injected into muscle, which is then slowly broken down and releases the medicines, providing long-term protection against the virus. Which is of great significance as there are approximately 36.7 million people infected with HIV worldwide and only 53% have access to the current standard of treatment.

The findings came from a study of 309 HIV patients conducted at 50 different research centres across the US, Canada, France, Spain and Germany. Once the virus had been controlled using the oral therapy, the patients were treated with either a traditional daily pill regimen, or monthly or bi-monthly injections. After 96 weeks, it was found that 84% of patients taking the oral pills still suppressed the virus, whereas compared to those who were administered with injections, 87% of those receiving it monthly still suppressed the virus, while 94% did the same in the bi-monthly group.

Dr David Margolis, a researcher from ViiV Healthcare – one of the funders of the study alongside Janssen – explained: “Adherence to medication remains an important challenge in HIV treatment. The introduction of single tablet medication represented a leap forward in antiretroviral therapy. Long-acting antiretroviral injections may represent the next revolution in HIV therapy by providing an option that circumvents the burden of daily dosing.”