I was once (hopefully only once!) paid substantially less than a man for the same job – Yvette Cleland 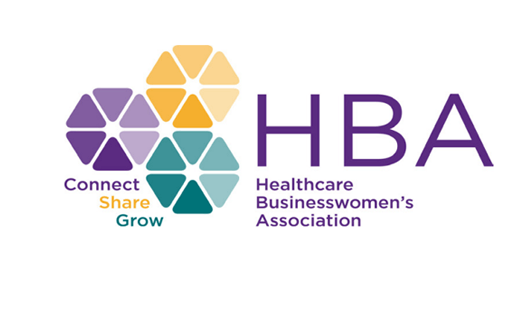 I recently attended an exceptional event in Dublin hosted by Healthcare Businesswomen’s Association (HBA), my parent company Cpl had sponsored the evening chaired by Gillian Laffan, President of the Dublin chapter of HBA. The gender pay gap was our topic for the evening and for multiple reasons is still an area I believe is underserved and not addressed enough in business.

Twenty seven years ago I worked for one of the world’s largest pharmaceutical companies. Don’t scroll my LinkedIn profile as it’s not on there; when you have been in the workforce over 30 years precis profiles are the best! It was however a great company and I loved my job. At the time I was the main “bread winner” bringing up my two little girls, both now very successful business women in their own right.

At a conference I was attending I started a conversation with a male colleague and the subject of balancing parental duties and work came up, followed by remuneration. He began to give extensive details of his basic salary, benefits and bonus, all of which were greater than my own package. We were both hired on the same day, to do the same job with an almost identical background of experience and academic achievement. The most interesting part of this conversation was my acceptance of the vast difference in our remuneration being the norm and that it was sort of, but not wholly, OK. On reflection of this unfairness and with trepidation I raised this with HR. They explained that he was a man with a family and that all males that were married or had a family were paid more. I was a woman with a family, and the main provider for my family, however I did not challenge that feedback, I didn’t think I could. The pay difference then was around £2000 on basic salary, which at that time would have paid my mortgage for 8 months.

As I listened to the HBA discussion and the panel debate around the gender pay gap the memories of that conversation almost 27 years ago flooded back, and I did wonder, truly, what has changed? According to the 30% Club, women hold 40% of positions at the lowest level of management surveyed, with this proportion decreasing at each level of seniority, falling to 17% for female CEO positions. Does that seem right? As women build confidence through success in their careers, they seem to become more assertive in understanding their own worth and around 58% will ask pro-actively for a raise, versus 64% of their male counterparts. That’s great to know, but with an end point of only 17% of females achieving a CEO position, how many of us are building that inner confidence to challenge the status quo?

I have definitely changed my mindset with maturity around my value to a business and the passion, expertise and drive I deliver in all that I do. Shockingly however a study by Linda Babcock of graduating university students found that only 7% of female students versus 57% of males attempted to negotiate salary on an initial job offer. If at the beginning of our career there is a difference of 7.4% in a starting salary this could potentially compromise earnings for a lifetime.

So what is different today from 27 years ago? The pay gap still exists for often complex reasons. As well as both direct and indirect discrimination, there are issues such as occupational segregation, and the devaluation of jobs primarily associated with female labour. Women make up the majority of our part-time, low paid work force where traditionally there is less opportunity for promotion, and are still often paid less than men for the same job. So the difference today? Well, we now monitor the disparity.

In the UK from 2017, any organisation with more than 250 or more employees had to publish and report specific figures about their gender pay gap. The findings initially showed 78% of those companies had a mean pay gap that favoured men, with a median pay gap of 9.7%. So knowing this was going to be measured large organisations still couldn’t muster the energy to affect change prior to the survey and report! As yet, we have still not properly moved on.

Do I believe there are villainous bosses out there who pro-actively choose to pay females less than their male colleagues? It’s truly doubtful that this is the case, and discrimination can be far more complex. A study, published in the journal PNAS, submitted identical applications for laboratory manager jobs, but assigned female-sounding names to half the applications and male-sounding names to the other half. In a randomised double-blind study, participants not only considered the “male” applicants more competent and hireable, but were also likely to offer them a higher starting salary. We still have quite a challenge and journey on our hands.

The organisations that will succeed in the fourth industrial revolution will be those that are best able to harness all available talent. Companies that can demonstrate no gender bias in remuneration could well be at the top of the list when very talented females seek their next career move or commence their career. I wish as a younger woman I had found enough courage to have challenged the norm. Interestingly neither of my daughters earn less than their male peer group and neither fear negotiation of either remuneration, benefits or promotional opportunity. Potentially then, the wind of change is afoot.

I would like to thank HBA for their compelling and interesting evening. Gillian Laffan, President of the Ireland chapter, chaired a truly superb event and my colleague Siobhan O’Shea delivered such a thought-provoking presentation with our CEO of Cpl, Anne Heraty, on the panel. As women in business we must always remember, the bridges we burn light the way for others.