What do we expect the impact of the EMA leaving the UK to be?

Yvette Cleland comments on the latest Clinical Professionals Industry Analytics report, “What do we expect the impact of the EMA leaving the UK to be?”

“The Dutch government’s successful bid to host the European Medicines Agency (EMA) has already faced its first hurdle, the temporary offices in which it was proposed to house some staff being deemed “not fully fit for purpose.” So, these delays in temporary accommodation for Guido Rasi, director of EMA, leave some challenging timelines for the EMA deadline and allowing staff to begin the move to the new accommodation at the start of January 2019. I am sure this will be the first of many challenges during this transition.

Our latest report looks in detail at the vacancy landscape and evolving picture across the EU in the context of live vacancies and the potential impact of the EMA’s new location in Amsterdam. We are seeing several trends emerging. From 2016 to 2017 the EU in total, saw a 21% rise in scientific* vacancies. In 2016 the UK accounted for circa 6326 of the total EU vacancies (35% of total EU roles).

In 2017 the UK experienced a drop to 31% and in Q1, 2018, a further drop to 29% of total roles. So, in short there has been an increase in vacancies across the rest of the EU versus a drop in UK live vacancies. So, is this a long term decline in UK scientific vacancies?

The positive anomaly here is the UK Biotech sector which has seen a year on year rise of 5% in vacancies versus a flat level of growth across the rest of the EU.

Analysing the Netherlands specifically, we saw a 33% increase in roles across the whole of 2017, the trend in growth occurring long before the actual announcement in November 2017 of the new EMA location. This could indicate that 2017 was in fact just a very strong period of growth for the Netherlands. In Q1 2018 we have seen a 9% drop in new vacancies for the Dutch. To further support an unclear picture of the impact of EMA’s new location on the UK’s fortunes. When we drilled further into our data, vacancy growth in the Netherlands was significantly impacted by the 6 billion investment in 2016 by Johnson and Johnson in R&D and may well account for the extensive growth in job opportunities as 2016 v 2017 saw J&J vacancies in the Netherlands increase by 76%. In fact, 54% of all vacancy growth in the Netherlands was found in 3 companies alone, J&J, Merck & Co and PRA Health Services Inc. 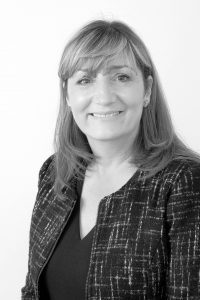 David Prior the UK’s previous life sciences minister recently commented that it would be “fantastic” if the UK stayed in the EMA, warning of a negative impact on inward investment if it did not. “It would be a very good idea, because having one regulatory system for drug approvals is very important for UK patients — otherwise we will be behind everyone else and not have as good access to new drugs as other people in Europe,” he said. “Pharmaceutical companies tend to go to the US, then the EU, it’s very important we are not left behind. If you’re a drug company, you tend to look for approval from the FDA, then the EMA, then everyone else. Britain is pushing to remain under EU regulation for medicines after Brexit, in the latest sign that ministers want to stay close to Europe in some sectors despite the bloc warning that the UK cannot cherry-pick parts of the single market. However the Dutch Prime Minister Mark Rutte told the FT in March 2018, that as one of Britain’s oldest and closest allies, the Netherlands would be badly exposed to the economic fallout from a ‘chaotic Brexit’. Let’s all hope that chaos does not reign.”

To recieve a copy of our CPIA Report: 2017 in review, please email apply@onlymedics.com