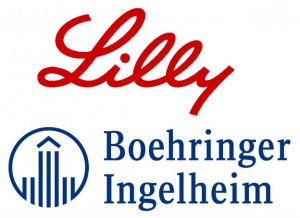 Eli Lilly and Boehringer Ingelheim’s Jardiance has become the first diabetes drug to show a significant reduction in cardiovascular deaths in a dedicated outcomes study.

According to data* from the 7,000-plus patient trial EMPA-REG OUTCOME, Jardiance (empagliflozin) cut the risk of cardiovascular death by 38% when added to standard of care in type II diabetics at high risk of CV events.

The once-daily pill also reduced overall risk of having a non-fatal heart attack or stroke or death from cardiovascular causes by 14%, while all-cause mortality was slashed 32% and hospitalisation for heart failure 35%.

Lead investigator Bernard Zinman, Director of Diabetes Centre at Mount Sinai Hospital stated “addressing the burden of cardiovascular events, including death, is at the core of diabetes care, and until now no single diabetes medication has been associated with a reduction in mortality”.

“Patients in the study were already being treated with medications that have been proven to reduce cardiovascular events. The observation that empagliflozin provided additional cardiovascular death reduction on top of these other medications is a very important finding,” noted Christopher Cannon, Cardiovascular Division at Brigham and Women’s Hospital.

*The data were presented at European Association for the Study of Diabetes Annual Meeting in Stockholm, Sweden, and simultaneously published in the New England Journal of Medicine.