NHS clambers to prepare for a “hard Brexit” 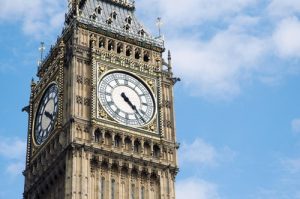 Although there have been various warnings about the supply train issues that will happen if a so-called “hard Brexit” occurs, the UK and EU have been unable to refine terms on how drugs will move amongst countries. As a result the NHS is also having to scramble to figure out how to mitigate possible drug shortages in the UK.

Simon Stevens, chief executive of England’s NHS told the BBC that “significant planning” is being conducted to prevent drug shortages if no deal has been reached by the March 2019 deadline for the governmental divorce.

“Nobody’s pretending this is a desirable situation, but if that’s where we get to it will not have been unforeseen,” he said.

Pharma has been telling elected officials since Brexit was approved that their industry is unique since lives are at stake. After waiting for months without much being resolved, the pharmaceutical industry is also making preparations.

MSD reportedly has plans for stockpiling up to six months’ worth of drugs and may alter delivery routes to avoid a “temporary supply blackout” if Brexit adds paperwork, time and confusion to getting drugs moved across borders.

Bloomberg reported last month that Merck was anticipating it will take as much as two extra days in delivery time to deal with stops for new regulations and tariffs. It is considering adding as many as 30 employees to its Haarlem, Netherlands, facility to deal with extra regulatory issues that arise.

Sanofi is adding an extra dozen jobs at its site in Haverhill in the UK, transferring them to sites in the EU, so it has the right number of workers in the right jurisdiction once the separation occurs. This is to “adhere to the regulatory requirement for medicines used in the EU,” a spokeswoman told the Haverhill Echo.

“We will be transferring Qualified Person (QP) release, Quality Control (QC) testing and Label and Packaging for all medicines destined for the EU,” jobs that will be needed in to meet EU regulations.

The company’s responsibility is to make sure delivery of “its medicines to all patients who need them both in the UK and across the EU from the first day of Brexit, which will be March 29, 2019,” she added.

One of the biggest hits to the UK as a result of its separation from the EU is the loss of the European Medicines Agency headquarters, which is moving to Amsterdam. Whilst the current headquarters in London employees approximately 900 or so.