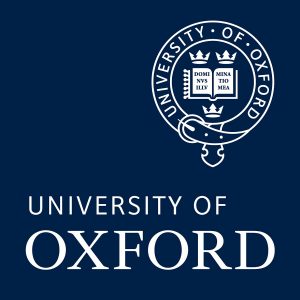 According to findings from 10 years of research recently published in The Lancet, researchers have found that the use of daily aspirin as a blood thinner in people aged over 75 years is linked to a much higher risk of major and potentially fatal stomach bleeds than previously believed.

Whilst short-term use of aspirin after a stroke or heart attack has “clear benefits”, the authors of the study, led by Oxford University, dispute that patients over 75 who take aspirin daily should be prescribed a proton-pump inhibitor to reduce the risk of bleeding.

Up to 60% of adults in this age bracket in the US or Europe take daily aspirin or other antiplatelet drugs to prevent heart attacks or strokes. Life-long treatment is recommended for secondary prevention; however, this advice is based on trials largely undertaken in trials where the participants were under 75s.

“We have known for some time that aspirin increases the risk of bleeding for elderly patients. But our new study gives us a much clearer understanding of the size of the increased risk and of the severity and consequences of bleeds,” said Professor Peter Rothwell, lead author from Oxford University.

“Our findings raise questions about the balance of risk and benefit of long-term daily aspirin use in people aged 75 or over if a proton-pump inhibitor is not co-prescribed. However, suddenly stopping medication is definitely not advised, so patients should always talk to their doctors.”

The Oxford Vascular Study looked at data from 3,166 patients who had previously had a stroke or heart attack and were prescribed antiplatelet drugs (mostly aspirin). For patients under 65 taking daily aspirin, the annual rate of bleeds requiring hospital admission was around 1.5%, but for those aged 75-84 years it was 3.5%, and as much as 5% for patients aged over 85.

The risk of disabling or fatal bleeding also climbed with age, coming in at less than 0.5 percent for under 65s and 1.5 percent for those aged 75-84 and nearly 2.5 percent for patients aged 85 or over.

The authors believe that PPIs could slash upper gastrointestinal bleeding by 70-90 percent in patients receiving long-term antiplatelet treatment, but stress that currently their prescription is not routine and only about a third of patients in the study were taking them.

“While there is some evidence that PPIs might have some small long-term risks, this study shows that the risk of bleeding without them at older ages is high, and the consequences significant. Therefore, any uncertainty about the small risks of PPI use are very likely to be outweighed by the benefits,” said Professor Rothwell.