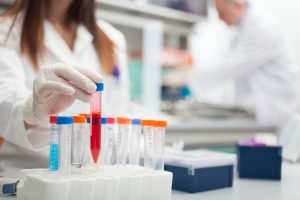 A new study published by 3M has claimed that Britain is a nation of would-be scientists who regret their career choices.

The study found approximately 48% of the British public surveyed would pursue a science-based career if they could go back in time, and 35% of parents admit to having said things to their kids that would discourage them from pursuing STEM, such as “I am not a science or math person” or “science/math won’t be important for your career in the long run.”

It also found that a fifth stated they did not realise how broad science-based job opportunities are when choosing their career paths, and almost a third of respondents said they didn’t consider themselves clever enough to pursue a career in science.

Although 85% say they know little to nothing about science, the same percentage wish they knew more and 72% are curious about science, as opposed to indifferent (18%) or intimidated (10%).

The value of the scientific community has not gone unnoticed, as it also found that 82% believe that scientists should get more credit for what they do, and 82% are more likely to believe information that comes from a scientist than be sceptical of it. However, most feel that scientists should be sharing results in easily understood language (89%) and in a relatable way to everyday life (83%).

However, 80% of people said they would encourage their children to pursue a career in science, meaning the future is potentially more promising.