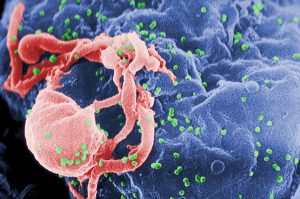 Researchers have begun testing an HIV vaccine in efficacy trials for the first time in seven years, with the hope to provide at least partial immunity against the virus.

The study (HVTN 702) is currently being conducted in South Africa to test an updated version of an experimental vaccine developed by researchers at the US National Institute of Allergy and Infectious Diseases (NIAID), which had previously shown to have around 32% efficacy in an earlier trial (RV144).

The vaccine regimen is based on a canarypox vector-based vaccine called ALVAC-HIV from Sanofi Pasteur and a two-component gp120 protein subunit vaccine supplied by GlaxoSmithKline which should yield results in 2020.

The new regimen has been improved with the aim to increase the magnitude and duration of immune responses to the vaccine, by targeting a subtype of HIV predominant in South Africa and increasing the number of shots and incorporating an immune-stimulating adjuvant (MF59) also supplied by GSK.

Approximately 5,400 men and women will be enrolled in HVTN 702 and will receive an initial vaccination with the regimen followed by a booster shot a year later. The safety of the vaccine was shown in a smaller study (HVTN 100).

NIAID director Anthony Fauci said that even a moderately effective vaccine would significantly decrease the burden of HIV disease over time in countries and populations with high rates of HIV infection such as South Africa, where there are more than 1,000 people newly infected with the virus every day.

“If deployed alongside our current armoury of proven HIV prevention tools, a safe and effective vaccine could be the final nail in the coffin for HIV,” he predicted.

The HIV Vaccine Trials Network – part of the P5 public-private partnership behind the vaccine’s development along with the organiser of the trial – has said that it believes that if the vaccine can show a 50% protective efficacy rate at two years it could be enough evidence to support regulatory approvals.

In addition to the NIAID, the two pharma companies and the HVTN, the P5 brings together the Bill & Melinda Gates Foundation (BMGF), the South African Medical Research Council and the US Military HIV Research Programme.

HVTN 702 funding presently amounts to $130m, with the bulk of that money coming from the NIAID and BMGF.