How will Brexit affect Clinical Trials?

As the Clinical Professionals Graduate Academy Manager, I always encourage our graduates to ask questions to further their knowledge and the one question that comes up with constant regularity is ‘what impact will Brexit have on the clinical research industry?’ Having always replied with a shrug accompanied by an unsatisfactory ‘no one really knows’, I decided that I needed to find a better answer.

As we all know, the decision by the British Electorate in June 2016 to leave the European Union (EU) has led to significant uncertainty and speculation as to what this means for the UK. The reverberations from this domestic decision has been felt acutely by the global clinical research community and therefore the more we can address the obvious questions and recognise the potential opportunities now, the better prepared we will be for whatever outcome.

In a recent Ethical Medicines Industry Group (EMIG) white paper, the life sciences industry is described as the ‘jewel in the crown’ of the UK economy’ and emphasises that ‘the new Government will be anxious to mitigate the impact on the UK life sciences sector and will be open to ideas on how to exploit UK industry and research base strengths in a post-EU world’.  So how do we exploit these industry strengths? The key areas for attention focusses around how the UK can continue to position itself as a leading research destination while balancing the complexities of the regulatory perspective, as well as the impact of a tough immigration stance which will affect the workforce going forward.

The NHS European Office in Brussels has highlighted that an ‘important consequence of leaving the EU single market will be that…the UK will no longer be part of the European Medicines Agency (EMA) system. For two decades, the EMA has overseen medicines regulation across the EU and has granted pharmaceutical companies a single marketing authorisation that provides access across the whole of the EU market. Mr Hunt indicated that while leaving the centralised licensing system for medicines, we will seek strong partnership with the EMA, ideally through a form of regulatory equivalence, such as mutual recognition of licences’.

However, a very real result of this will be that approvals of new drug licences will experience delays when residing outside of the EMA processes. Exit negotiations should certainly ensure that the UK is able to conceivably retain access to the benefits of the EU Regulatory Framework in order to facilitate multi-country research, with the UK maintaining its current level of participation. 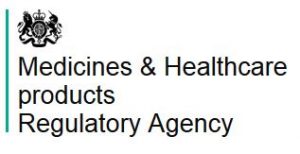 The Medicines and Healthcare products Regulatory Agency (MHRA) has recently revealed that it intends to create a five year strategy plan to ensure that future international collaborations with the UK can be maintained and promoted. Indeed, the MHRA can posture from a strong negotiating base as according to EMIG, as a world class regulator they currently carry out approximately 30% of the EMA’s workload.

What is certain is that the EMA will soon be house hunting as they are currently based in London’s Canary Wharf, sharing offices with the MHRA, demonstrating the close relationship the two regulatory bodies have enjoyed until now. However, according to The Guardian ‘No precise timetable for the transfer has been set, and the EMA itself will have no direct say in the decision’. Many countries have put themselves forward, including Italy, Ireland, Denmark, the Netherlands, Sweden, Spain and Austria as well as Germany who are currently ‘the single largest manufacturer of medical products’.

Because of the BREXIT vote, going forward ‘one of the main challenges to UK Biopharma firms will be the continued appeal to investors, and this is very often secured around the skills, talents and availability of the best people’ (EMIG). There is a fear that there will be a potential shortage of suitably trained people as a result of the proposed tightening of immigration policies, which has already been affected by the failure of large pharmaceutical companies and Contract Research Organisations (CRO) to invest in the training and development of their staff.

Rather positively, the UK has an incredibly strong home grown talent pool which should no doubt be more vigorously explored by businesses and Higher Education providers. By building stronger collaborations to present more fruitful and exciting opportunities for those wishing to pursue a career in research.

For instance, the Clinical Professionals Training Academy is dedicated to training and developing some of the UK’s most talented life science graduates to deploy them into first to industry roles within clinical research.

If you are interested in collaborating with the Academy Team or are interested in learning more about the scheme itself, please email academyteam@clinicalprofessionals.co.uk or alternatively you can talk to a member of the team on 0118 959 4990.